I awoke around seven am. I remember commenting to Pete on how warm my sleep had been. He said said the same and we both agreed the temps must of risen over night. Boy were we wrong. 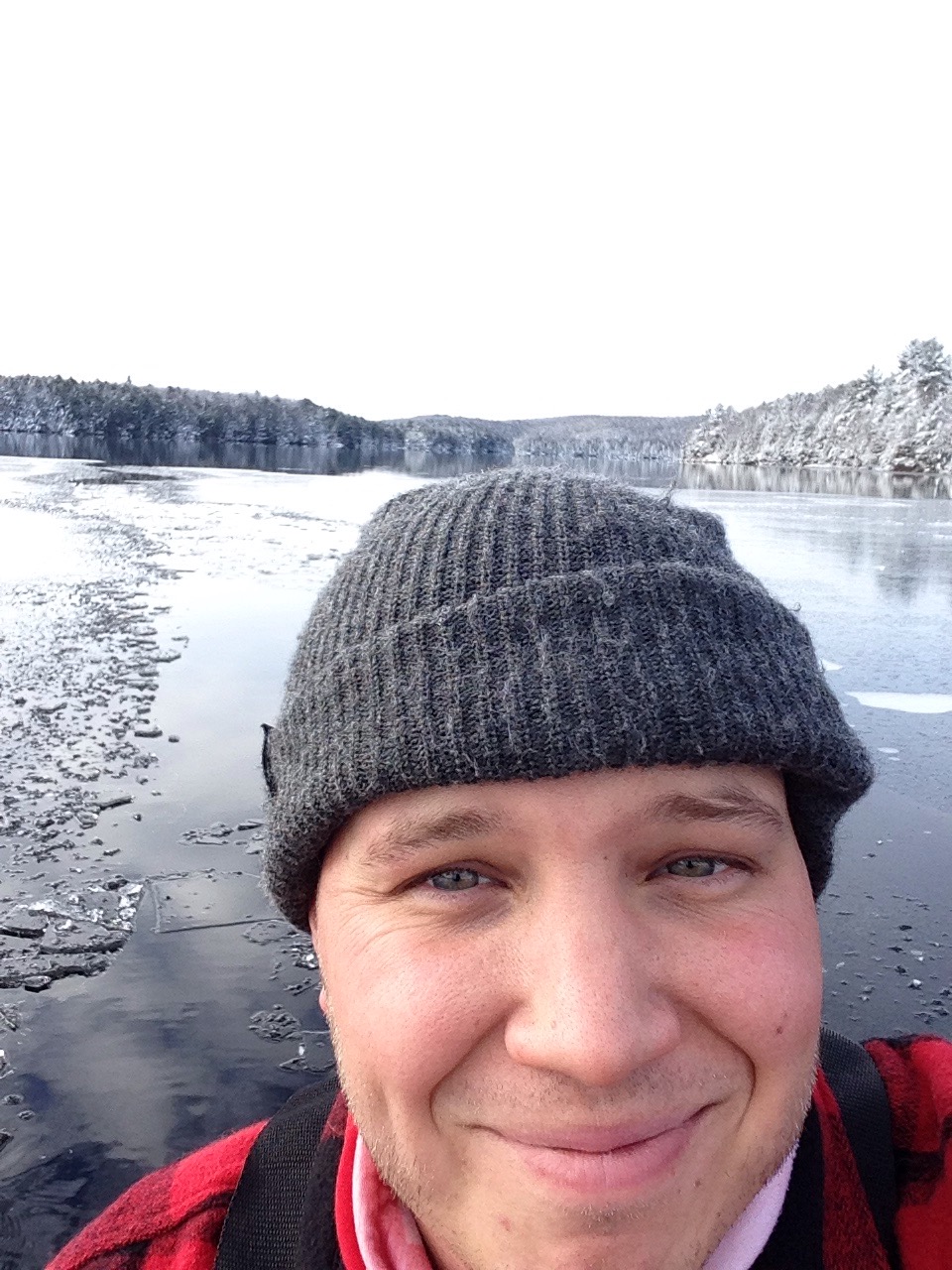 Breakfast was made and after a quick survey of our surroundings a substantial amount of ice was discovered. The temps must of dropped more than we thought because a large section of the lake had 3/4 inch of ice on it. Our put in on the island was clear. But we instantly had concerns about running in to more ice on the way out.

That “solidified” our decision to leave. Camp was broken down and shortly after nine and started our paddle out.

Obstacle number one was hit almost immediately . A bend in the lake had frozen up. We chose the thinnest area (about 150 meters) and made the slow break through it. It was a rocky shoreline which made hopping out and walking around it quite the feat, not to mention the 10cm+ that made the forest floor a slippery mess. We laughed and joked about how ridiculous we looked, and hoped and prayed that this was the last bit of ice we’d see that day.

The remainder of Clyedegale and the majority of Penn Lake was clear. Hitting the narrows of Rock lake we were surprised to not see any ice. That was until we came the to mouth where the entire exit to the main lake was frozen. 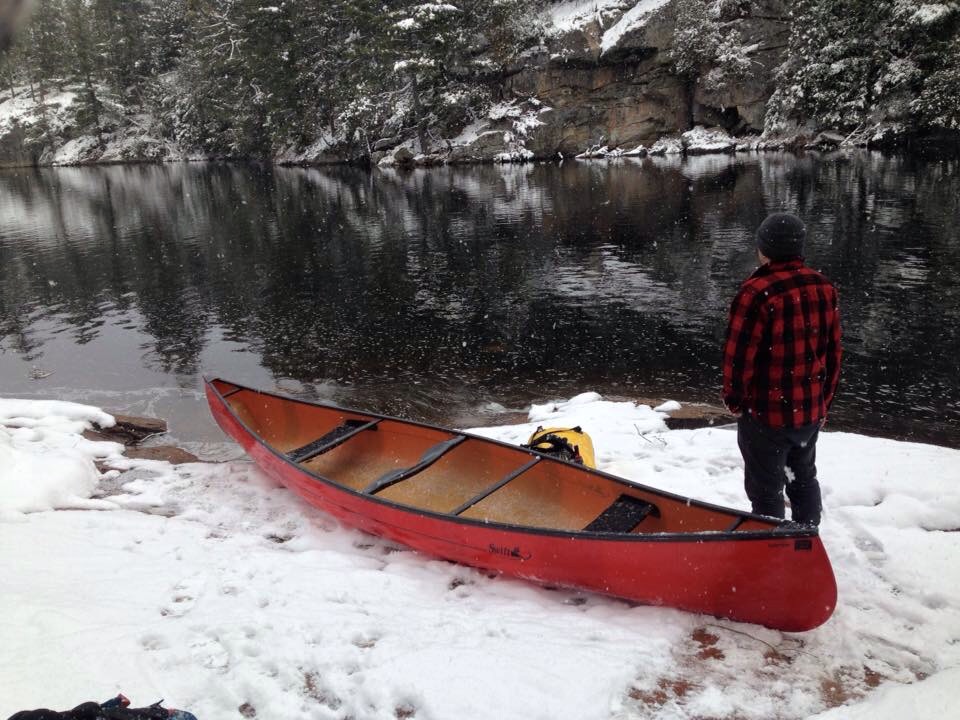 There are no pictures of this spot. The ice was real thick and being thicker and wider than anything we had experienced yet. We were pretty focused on just getting out. A couple new techniques were applied as well as some choice words and phrases (sorry to anyone in the vicinity) . The snow continued to fall and the temperature had really dropped. But meter by meter we made it through. Again walking around it was made nearly impossible due to half frozen wetlands on one side and a very steep rock face on the other. Two paddles later We were clear of the ice and headed for the beach at rock lake. 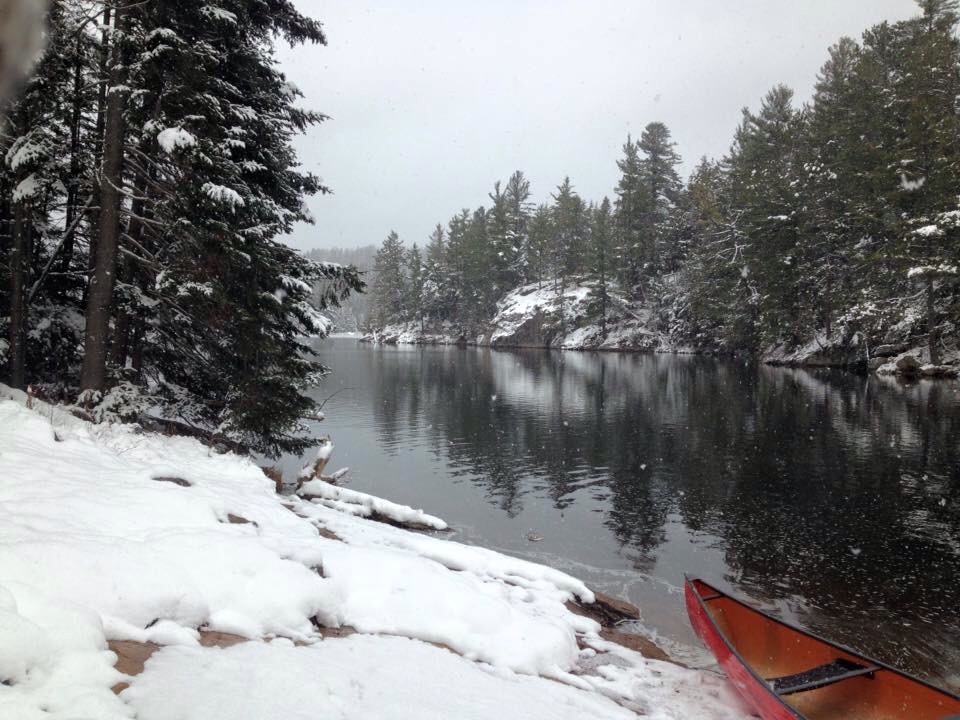 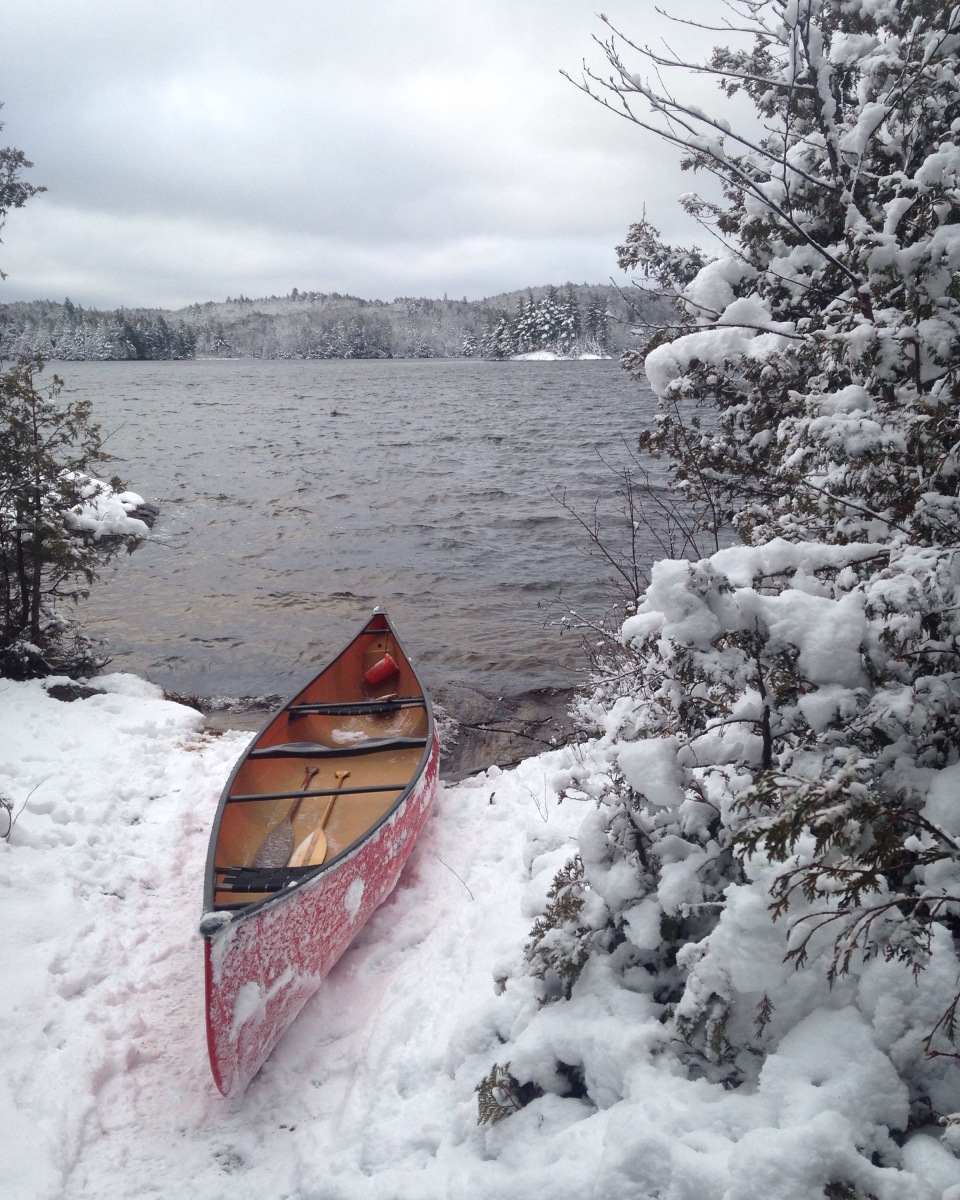 We were never in any real serious danger but it goes to show how quickly conditions can change on a trip. Water temps are cold, weather can change quickly and your situation can become troublesome quickly. Proper precautions need to be taken on late fall trips to ensure safety. A small amount of idiocy is also needed to head out in a snowstorm with your canoe, and while I can’t comment for myself Pete definitely fits the bill. 😀

A quick stop for some hot food and cold beverages in Huntsville and we were on our way back home. It definitely puts a smile on your face to see all the people pointing and shaking their heads and the canoe on the truck. But they are the ones who missed out. A great trip, the park empty and the scenery just breathtaking.
I’ve rambled long enough . We’ll talk tomorrow of future plans. Hope everyone had a great weekend.
Cheers

← Later that day.
The future →

3 Comments on “Heading out ”